Bulgarian pop is smokin .  Some of the best tracks and production that is as commercial as they come .  The beauty of Bulgarian performers does not hurt either.  All this combines to have me guessing that the club scene in Sophia must be POPPIN!  Along with dance, club and Hip Hop , there is the Balkin Pop-folk music, often dubbed “chalga” (even though some listeners argue there is a difference between the two terms), entered the Bulgarian musical landscape from neighboring Serbia, Turkey and Greece. It sparks controversy for being considered by some as music that partly confirms stereotypes of the importance of money, sex and a superficial view of relations between men and women. Many pop-folk fans, on the other hand, argue the songs carry deep meaning and are mostly about love

Darina Yotova (Bulgarian: Дарина Йотова, born September 9, 1998), better known by her stage name Dara, (stylized also as DARA) is a Bulgarian pop singer, who rose to fame in late 2015 after reaching the final in the Bulgarian edition of The X Factor. She is currently signed to Virginia Records and in 2016 she released her debut single “K’vo Ne Chu” under the label.  Dara is beautiful and has an exceptional voice.

Kristian Konstantinov Kostov (Bulgarian: Кристиан Константинов Костов, Russian: Кристиа́н Константи́нов Ко́стов; born 15 March 2000) is a Bulgarian-Russian singer born to a Kazakh mother and Bulgarian father  He was a finalist in season one of The Voice Kids Russia and a runner-up in the fourth season of X Factor Bulgaria.   He represented Bulgaria in the Eurovision Song Contest 2017 with the song “Beautiful Mess”, finishing in 2nd place. In January 2018, Kostov won the EBBA Public Choice award.

Ventsislav Roland , better known as VenZi , is a Bulgarian pop, hip-hop and R’n’B performer, composer and songwriter. Since the end of 2012, he has been an artist in the ” Monte Musik ” catalog . His musical career began with Michaela Fileva’s hit “Dangerous close”, and immediately after that she debuted with the song “Under the open sky”.  VenZy (VenZy) was born on 4 February 1987 in Sofia. His father  is from Nigeria ,  and came to  Bulgaria to study economics, where he met Venzy’s  mother, a medical student at that time. Venzy comes from a musica family. His grandfather was a violinist in Argentina, but during the liberation of Macedonia from Ottoman rule he received an appeal from Stefan Stambolov  that was sent to all Bulgarians (and in particular Macedonians) around the world to help build the country.

Hristina Hristova (Bulgarian: Христина Христова), better known by her stage name Tita, is a Bulgarian singer, actress and a model, who rose to fame in late 2014 after participating in X Factor Bulgaria. Tita is currently signed to Bulgarian hip hop artist Krisko’s record label imprint Adamand Records.  Born in Tutrakan, in 2014 Hristina auditioned in the Bulgarian version of the reality show The X Factor as part of the Sweet 16 girl band  She joined the show as a solo performer, but later X-Factor judges formed a girl’s group with Hristina, Gery-Nikol and Mishel Straminski, with Bulgarian rapper Krisko as their mentor. They left the competition after being eliminated in the seventh live show.  Following her departure from X Factor Bulgaria, Hristina started performing as a model, presenting for Bulgarian modeling agency Megz Angels. On October 6, 2016, she was announced as the first recording artist to be signed to Krisko’s label Adamand Records. Hristina subsequently adopted the stage name Tita and her debut single “Voodoo Kukla” was released on the same day featuring Krisko, accompanied by a music video.  Her second single entitled “Kasay” was revealed on May 19, 2017. On December 6, 2017, she presented her third single “Antilopa” to the public.

Kristian Talev (Bulgarian: Кристиан Талев, born 11 May 1988) better known by his stage name Krisko baby, or by his production tag Krisko Beats (Bulgarian: Криско Бийтс), is a Bulgarian rapper, songwriter, producer and entrepreneur from Sofia, Bulgaria. He is signed to the Bulgarian record label Facing The Sun Records and is also co-owner of the label Adamand Records.

Ventzislav Chanov and Pavel Nikolov, better known as Pavell & Venci Venc ‘, are among the most creative, productive and loved  hip-hop artists on the Bulgarian music scene. Many tattoos that “are not just for decoration”, is their own philosophy, dressed in music and shared by the thousands of fans,  they are just under the age of 27.  The duo fell in love with music as children. Wentz makes his first recordings on a tape recorder and shared them with many of  the current names on the Bulgarian rap scene.  Paul’s path also began with his  the first cassette demo when he is 13 (when he got his first tattoo on his right hand), he went on to make more recordings with his friends in Burgas, Bulgaria.  In 2012, Paul and Ventzi met and felt right away that they can create together. Soon afterwards, they received an invitation to join a club and began to take music production  much more seriously. The first song they recorded together was “Goodnight Tipping”. Followed by “Dubstep, Sex And Tattoos”, “Batman”, “Neighbour”, “Fuck Love”, and the Virginia Records produced “Do You Know Who I Saw?” and “Where are you, brother?” with Angel and Moses, “Sunrise and Sunset” with Santra, “We Will Live Ever” with Donna, 9 “by Pavell and Irina,” Nuclear Poetry “,” Albert Einstein, with Moses, “2 x 2” with Plamen and Ivo, “MUTE”, “How It Happened” …

Apart from being the authors and performers of their repertoire, they are actively work on lyrics and arrangement of pieces for their colleagues, including “Step Up” by Mihaela Marinova, “Selected” by Nevena Peikova, “I Wanted You” to Anna Maria and Bogomil, “Love for the First Time” by Mihaela Marinova, Nevena Peikova and Kristina Doncheva, “Memories in the Dust” by Lyuba Ilieva and others.rapper Krisko. They left the competition after being eliminated in the seventh live show.[4] 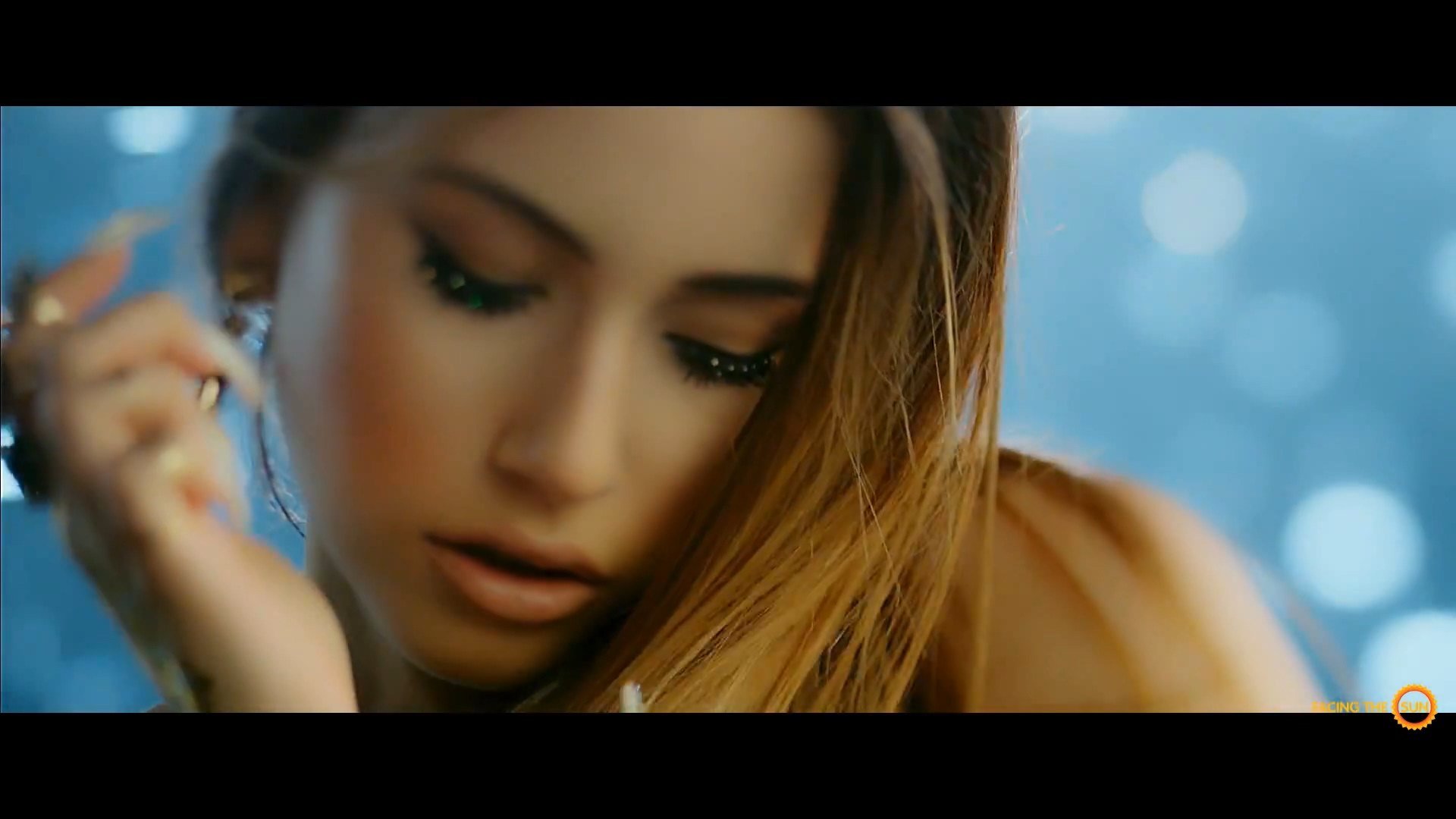 Better known simply as Gery-Nikol,  Gery is a Bulgarian recording artist born July 30, 1998,  in Varna Bulgaria.   Gery rose to fame in late 2014 after participating in the third season of  X Factor Bulgaria as part of a  Sweet 16 girl band alongside Hristina Hristova and Mishel Straminski.   During the show they were mentored by Bulgarian rapper Krisko. They left the competition after being eliminated on the seventh live show.  In 2015, a few months after her departure from The X Factor, Gery-Nikol signed a record deal with the Bulgarian-German label Facing The Sun. She began her solo career shortly after,  following the release of her debut single “Ela I Si Vzemi” (English: “Come and Get It”) featuring her former X Factor Bulgaria mentor Krisko.  The song quickly peaked the Bulgarian charts during the summer of 2015 and was a commercial  successful throughout the rest of the year. In late 2015 she revealed her second single “Momiche Kato Men” (English: “Girl Like Me”), supported by a music video. Both videos of the two singles were watched by a record number of viewers on the VBOX7 and YouTube video platforms. 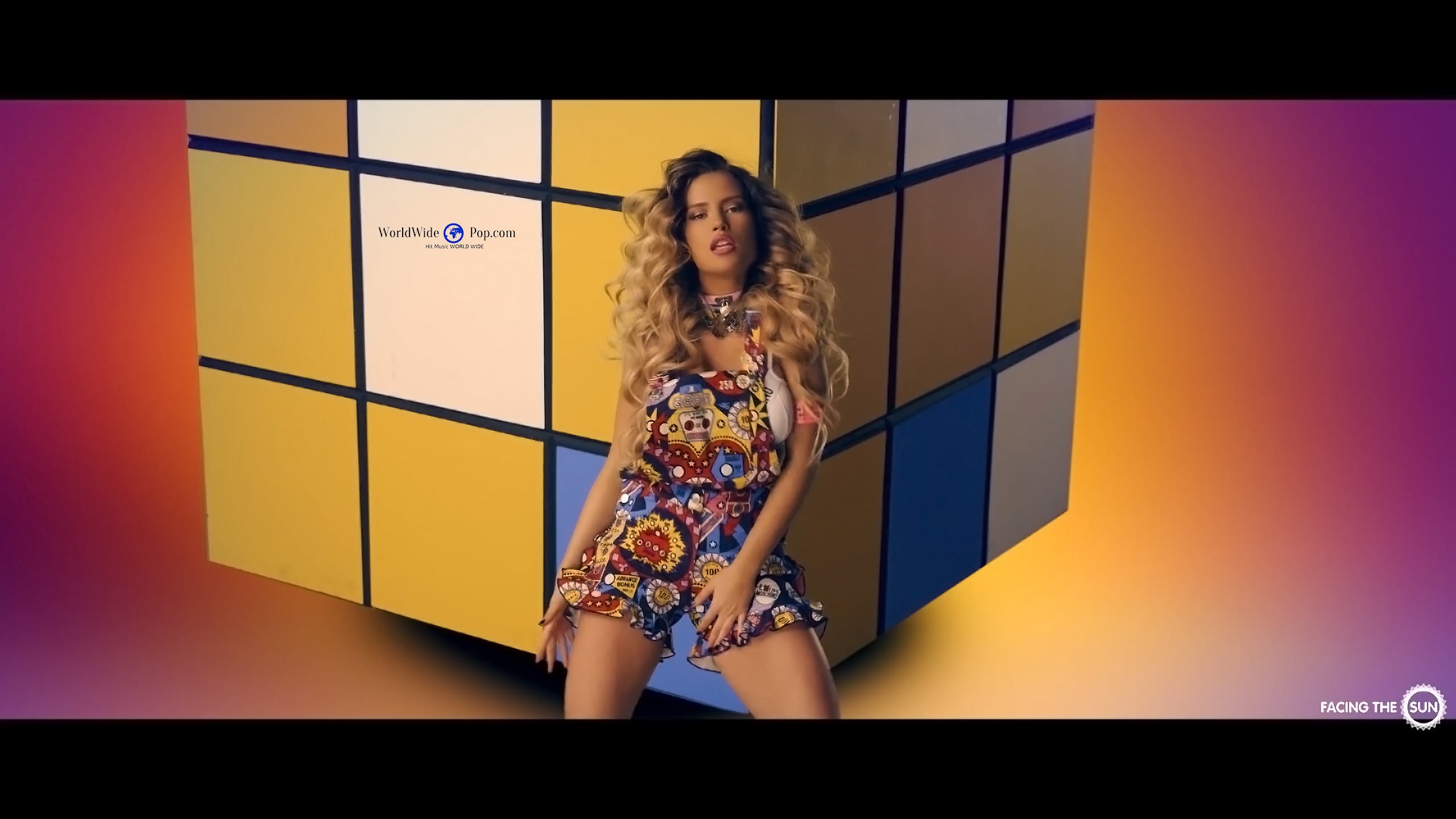 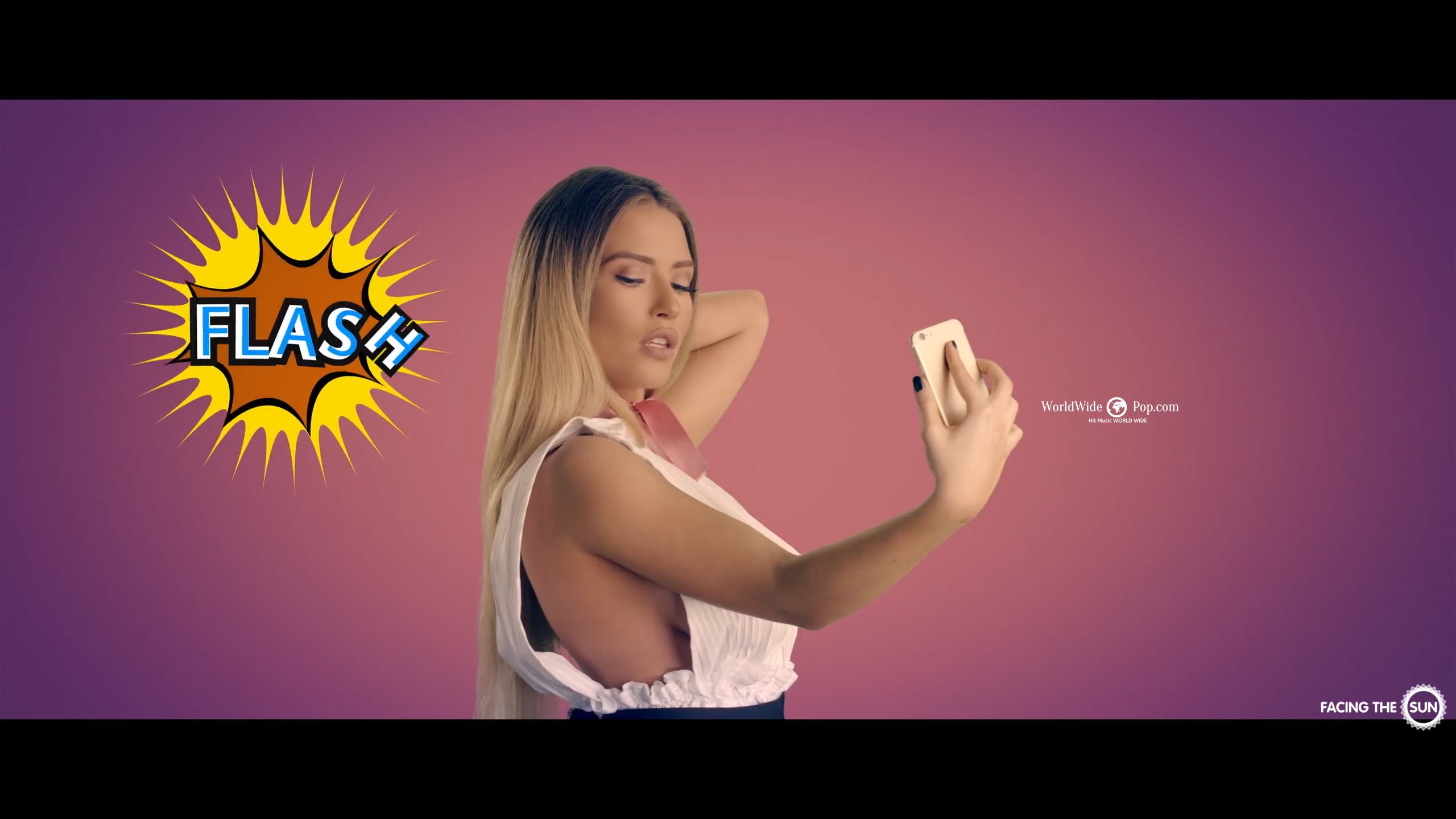 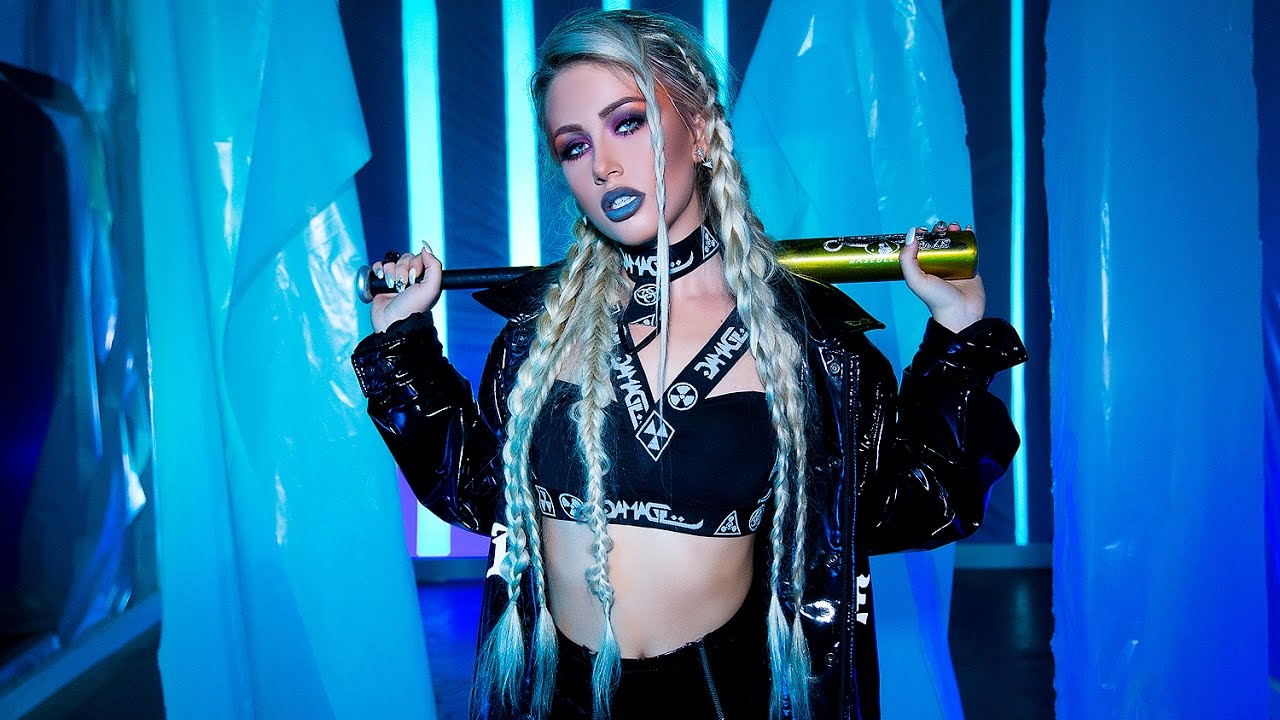 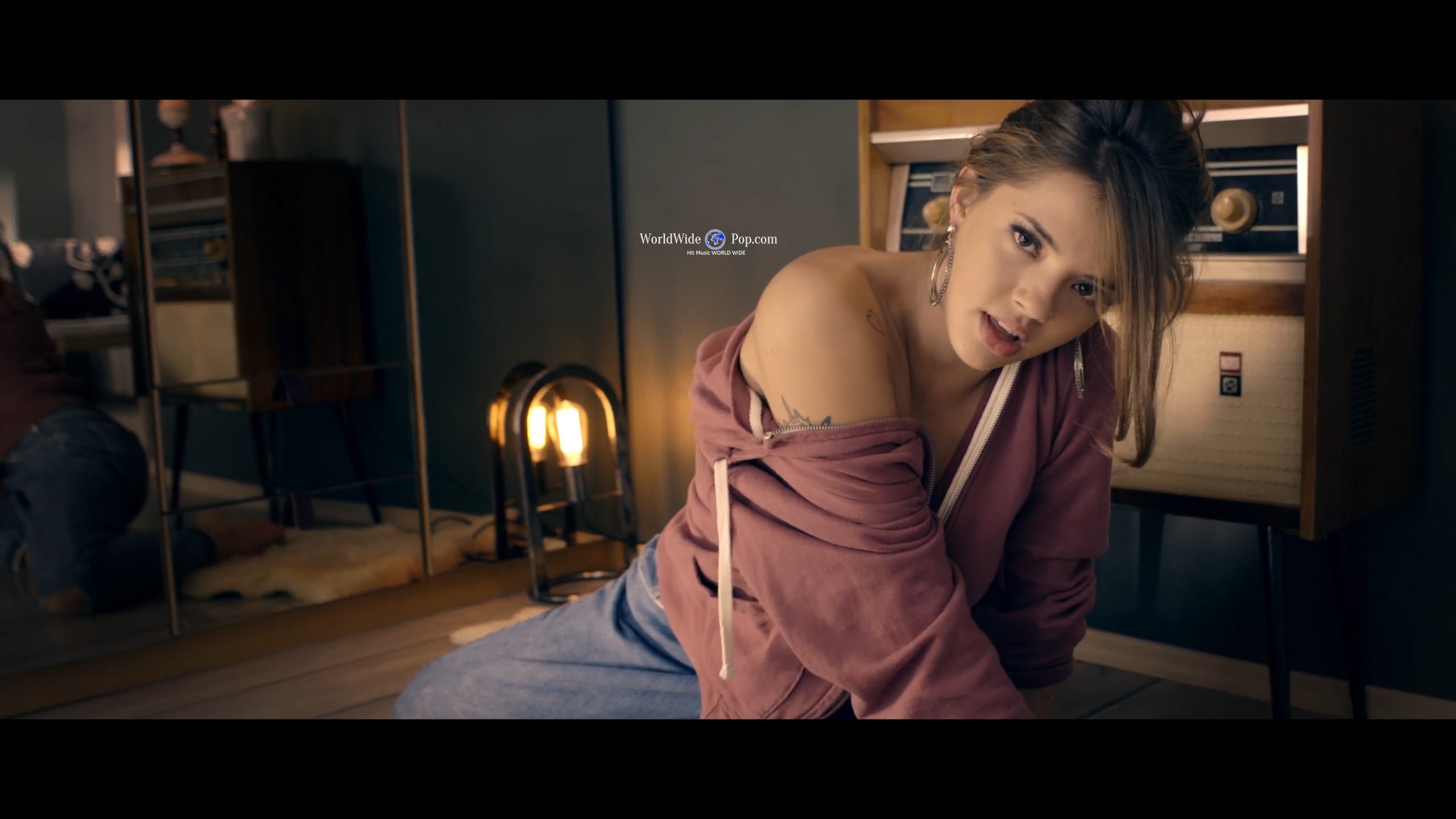